Aaron, a homophobic teenager, discovers his younger brother Sam is homosexual. Shortly after, that discovery is made public in their rural town. As folks are quick to disown and persecute Sam, including their father Dalton, Aaron must decide what is more important, blood or belief.

Dalton attempts to discipline Sam. He is more afraid of the town’s persecution of his family than retribution from a higher power, however he uses the religion he barely practices as a self-righteous
justification for his refusal to accept Sam.

Aaron promises Sam he will protect him. However, when Sam decides to leave home after no longer feeling welcome, Aaron fails to keep his promise and does not go after Sam.

Some seemingly-friendly kids who are friends of Aaron’s find Sam on the side of the road and offer him a ride to the lake, where they turn on him and forcefully begin dunking him under the water.

Aaron realizes he’s made a mistake. Disregarding his Father’s threats to disown him, Aaron steals Dalton’s truck to find Sam. He arrives at the lake and finds an unconscious Sam laid on the rocks. Aaron tries administering CPR to no avail.

Weeks later, Dalton and Aaron have tried to rebuild their relationship. However, while Aaron has been grieving and blaming himself, Dalton has sunken into denial. Aaron, having had enough, lashes out at his father for his hypocrisy and refusal to claim Sam’s body from the morgue, leading to a tense falling out between the two.

Upon returning home after work, Dalton finds Aaron’s room cleared of his belongings. Dalton’s tough exterior finally cracks as he realizes he has pushed away the last of his family.

Aaron, like the firstborn Cain of the Book of Genesis, faces a long road ahead of him after being partially responsible for his secondborn brother’s death. 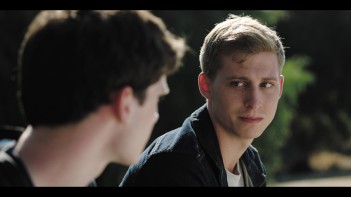