Nick began life as an actor then moved into writing computer games and TV series. As a writer and director his award-winning comedy shorts have screened worldwide at festivals and sold to Canal + and HBO. He wrote and directed ‘Life Coach’ in the West End which was nominated for a WOSA for best new comedy, and subsequently wrote the film adaptation for Sam Mendes’ company Neal Street. As well as films Nick has directed several successful stage plays including his comedy ‘Never Mind The Botox’, which was nominated for an Offie for Best New Play 2014 and written 3 children’s features. He most recently directed the viral hit ‘Ken Loach’s Star Wars’ which won first prize at Shortcom 2016.

Just Saying was originally a stage play I saw with the same cast and its roots are deliberately open to view. It’s filmed in a theatrical style, looking from the foreground to the setting and the protagonists but never looking back at the world they see and comment on throughout. The narrative is a subtle one without an obvious resolution which appealed to me more than some overt plot-driven writing, the journey is a product of the characters and their relationship rather than a plot they service. The location is integral to the film, not many of these social clubs remain in the UK and those that do have been modernised and had their hearts ripped out in the process. Combining the location with a heavy, warm colour palette aims to create a sense of the past living in the present, mirroring the relationship of mother and son. The dialogue is punctuated with moments of black comedy and at its heart the film asks the question; if lies have been told or the wrong thing has been said can we forgive the guilty party, especially when it’s ourselves.

A mother and son argue over sandwiches, mouth organs and forgiveness in this quintessentially British, black comedy.

Ewen Macintosh (The Office, The Lobster) and Carrie Cohen (Gnaw, Hellbreeder) star in this dramedy about love, loss and 47 plugs. Grace has lost her husband, Billy has lost his Dad…and his wife. Through guilt-tripping and embarrassing mouth organ music Grace hopes that she can drive Billy to repair his relationship with his wife in a way she’ll never be able to with her husband. 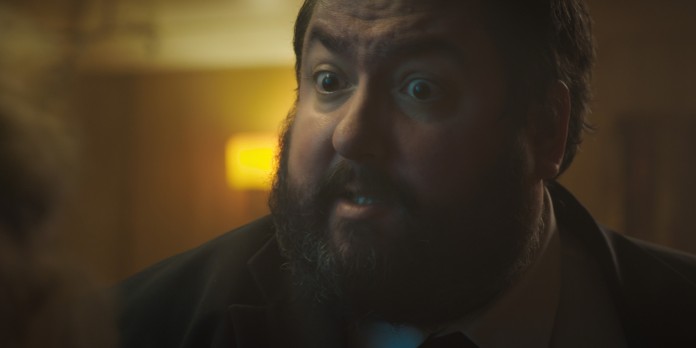 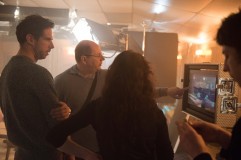 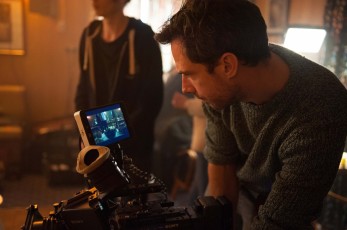 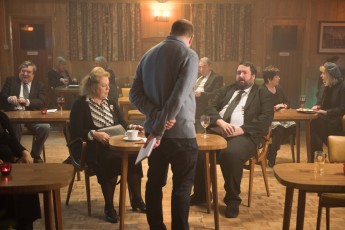 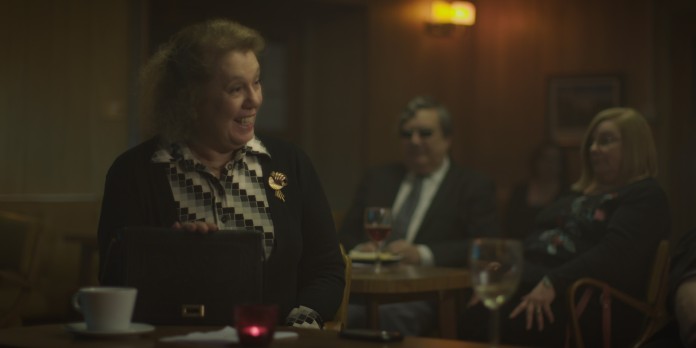